These last few weeks there has been a real emphasis on drawing and making for me. I am still feeling very energised in my studio work and I am continuing to have many ideas and inspiration for creating work.

As I said last week I have been focusing on automatic drawing and meditation. The main drawing I have been working on is a large (bigger than A0) pen and ink continuous line automatic drawing. It is nice to be able to go back to it every so often and I have it up on my studio wall at the moment. 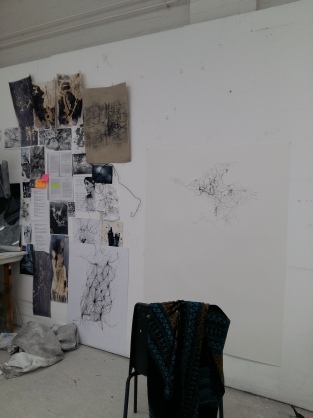 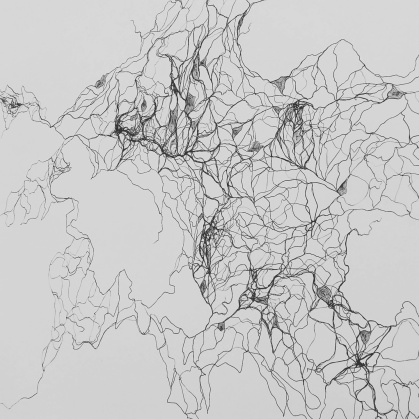 Close up of lines

I’ve been to see a few exhibitions, one in the Art Bus that comes to the university every year and one in Perth Museum and Art Gallery. We went to see the Louise Bourgeois exhibition that was on there. It was the first time I had seen her work and it was amazing to see it in real life after looking at her work in books for so long. One of her spider works were there and it was great to see the scale. 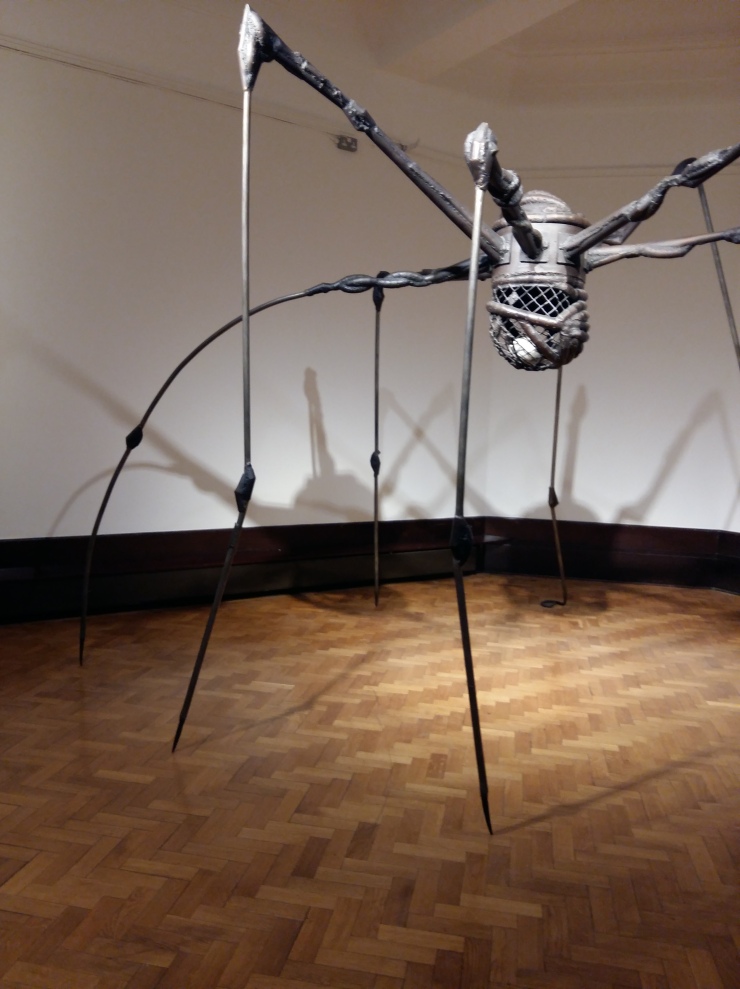 During week 9 I decided to start working on a large wire drawing in the seminar space. I haven’t worked with wire before but I have ha a piece up on my studio wall from when we first moved in and that it was kick-started the idea. I bought some cheap garden wire from the shop and began bending and manipulating it the same way I would with the lines of a drawing. It was quite easy to twist together and I liked the idea of the piece being suspended in mid air. I finished it off in week 10 with some cellophane shapes inserted into the wire to give depth and texture. I also like the addition of blue, we were talking at the Louise Bourgeois exhibition about how colour choice is important. Blue exudes calmness which is how I feel when I make these drawings so I wanted to choose blue for the wire. It was also the colour I picked up on right at the start of the semester because of its links with the sea. I experimented with light on it and I loved the extra dimension the shadow gives to the piece. 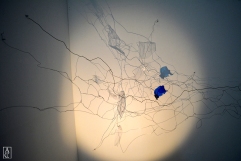 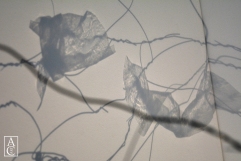 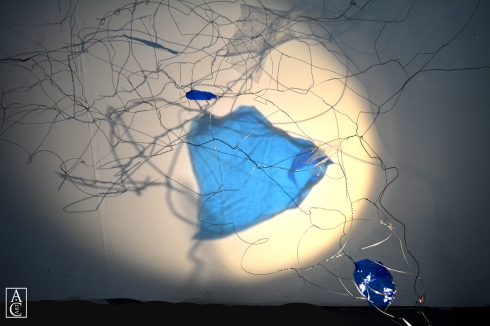 Throughout these two weeks I have also continued to work on my essay which the main bulk of is finished and I just need to rearrange some of the structure now. I finally stopped procrastinating at the end of last week’s update and shut myself in the library until I managed to write. I’ve figured that the library seems to be the best place for me to focus when I am procrastinating, so I guess Hermoine was right!

It is almost assessment time (essay deadline December 1st and studio work deadline 4th) so in the next few weeks I’ll mostly be working on small drawings, maybe trying to build a frame or two but nothing big. See you for the next update!