Week three has already ended and I feel like this year is going at an incredibly scary rate. I had my second tutorial with Louise which was really helpful, she gave me lots of ideas and artists/photographers that she thought I would like. I ended up doing some creative writing about the experiences i’ve had at the care home I run art classes at. I feel like this is vital in both my research and ideas for my practice. In the same day I edited photographs and had them printed at the djcad print unit to see how they came out – also tried some on acetate which look really ghostly but super clear which I was surprised about.

It was also the annual Aces Sketchbook Exhibition (you can read about how last years went here) which is always really inspiring and interesting. So a busy first half of the week then the second half was essentially a write-off as I contracted some type of stomach bug. Although it wasn’t a complete waste as I spent the time trawling through the online university library archives of reports on dementia and alzheimer’s disease. So here’s to me having the next post out before Sunday night… hopefully. 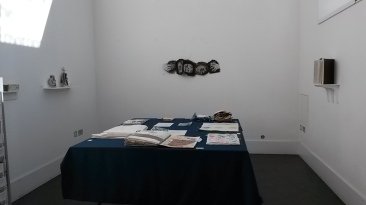 A great selection of sketchbooks were on display. 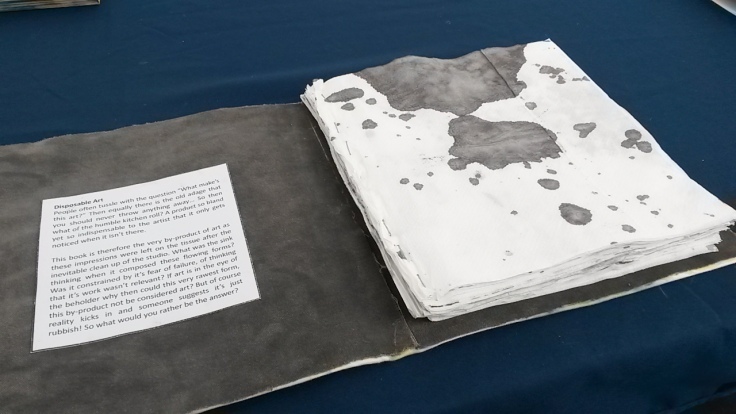 An amazing sketchbook made from paper towels used to mop up ink spills – the simplest ideas are sometimes the most beautiful!