It’s been a while since i’ve posted an update of my studio work and that’s because i’ve been super busy since the Between Light and Dark exhibition in October! So now i’m almost half way through third year at DJCAD which is crazy. I know some of you have been following since first year and it feels like such a long time now! Thanks for sticking with my artistic endeavours and here’s to the next year and a half!

So this semester is split into two modules – Creative and professional practice (1) and an elective module (2). The first module is basically our studio practice and for the second module I chose Myth, Mystery and Meaning.

I am really interested in mythology anyway so I felt it would fit into my Fine Art Practice well. We have to produce a 2000 word dissertation, a final piece and a sketchbook. The dissertation is basically taking a myth/fairy tale and interpreting it through psychology (I chose Jung and Propp.)

The fairy tale I have chosen is Vasilissa the Beautiful which originated in Russia. I love the symbolism in the tale (read it here) – kind of a Cinderella-esque tale. She is sent to fetch a light from the witch Baba Yaga by her hateful step-family. On her deathbed her mother gives Vasilissa a magical doll to help her in times of trouble. When Vasilissa steps into the forest to go in search of a light she is essentially exploring her unconscious and finding bravery within herself to escape villainy.

I felt like smoke would be the ideal medium here – it is mystical, uncontrollable and also represents evidence of light. 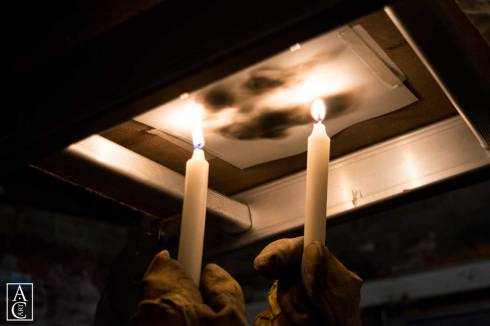 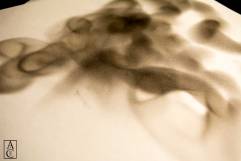 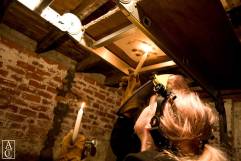 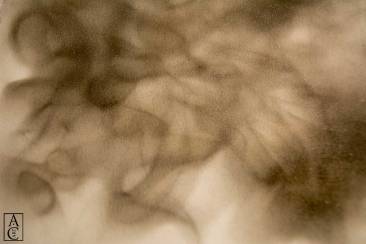 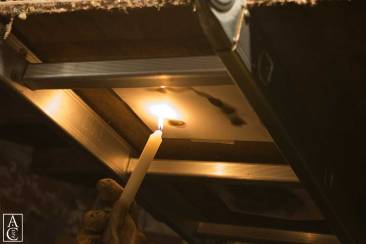